The Harder They Fall

The best thing about aging is that with each passing year, you are less vulnerable to what life throws your way. The things that affected you deeply as a teenager — both good and bad — are now just manageable parts of your life, to be dealt with as any adult would.

For the most part, I’ve enjoyed this transition, and you couldn’t pay me enough to be a teenager again.

Not a month goes by when I don’t feel incredibly thankful to have grown up in the cradle of the early ‘90s Seattle music scene, but Chris Cornell’s passing this month really made me think extra hard about what music is and how it fits into the lives of those who perform it and those who enjoy it.

The fact of the matter is, other than my wife and my health, there is nothing I value more in my life than having gone through my teenage years in a city as it gave birth to a musical movement. I imagine this is also how people felt in San Francisco or London in the late 1960s, but the examples are few and far between. Even when new genres appear, it is rare they are so concentrated in one region.

I remember vividly the first time I saw grunge in person. On January 17th, 1992, a couple of my friends — Chris and Chuck — asked me if I wanted to go see this band called “Pearl Jam” at the Moore Theatre that night. Since we usually just spent our weekends getting baked in parking lots and listening to reggae, this sounded like as good of an idea as any. I was into Zeppelin and a bunch of other bands at the time, but as far as I knew, no great music came out of Seattle.

We got lit before the show and then headed down to the floor where a bunch of our friends were. I was not prepared for what happened over the course of the next hour and a half.

The band started playing and it was LOUD. People on the floor jumped up and down, and before I knew it, something struck my head from above. It was a person, Jesus-Christ-posed on their back, getting passed across top of the crowd like a beach ball. Then that person was thrown onto the stage where they stood up, pumped their fist in the air, and then dove head first back into the pit.

Here’s a shot of my friend Mike (now a cosmetic surgeon!), with a shirt on his head, from the footage referenced below: 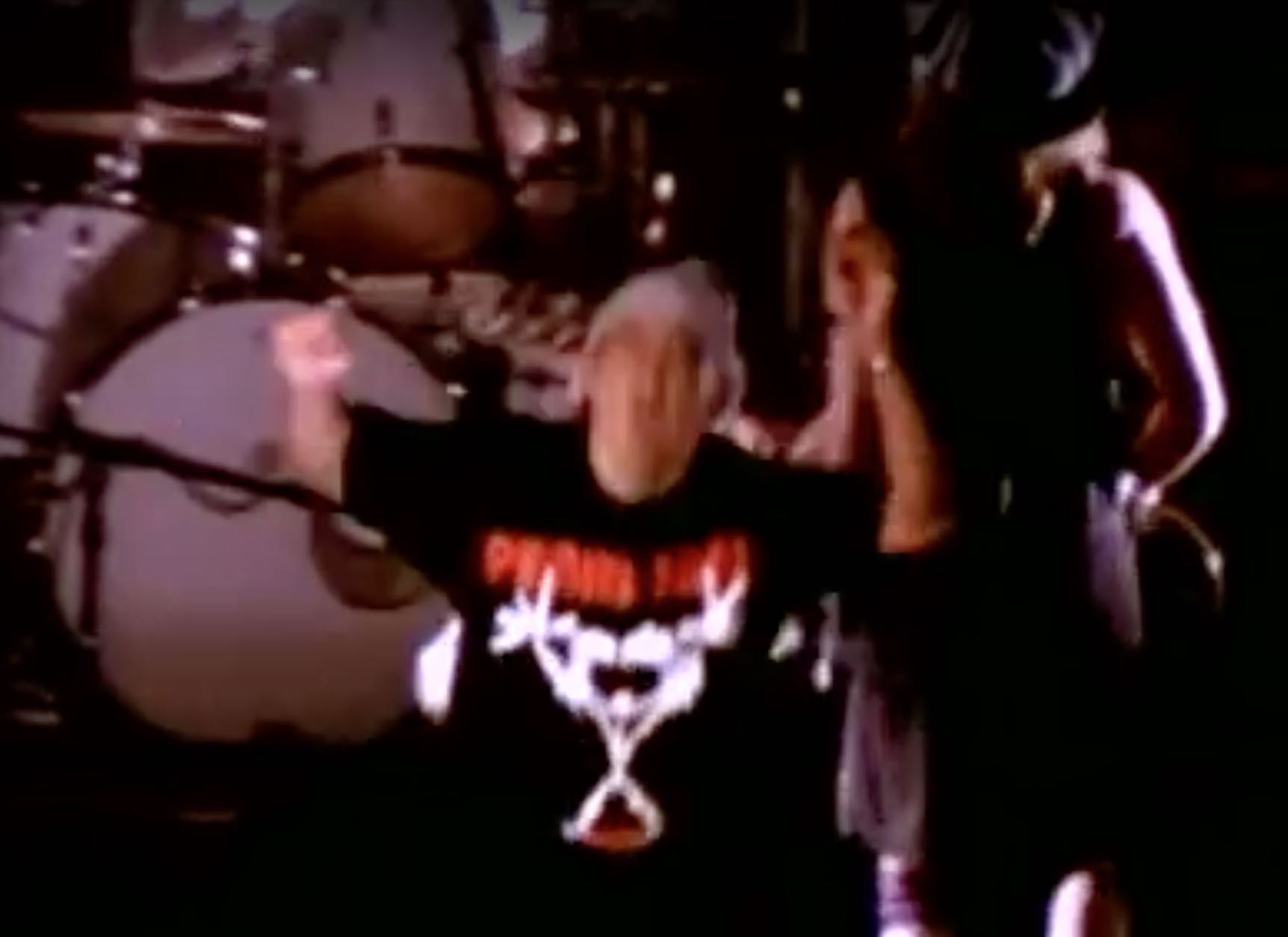 Just as the euphoria of learning to stage dive was peaking, I noticed everyone around me was looking up at the balcony. What the hell was happening on the balcony?

This was happening on the balcony: 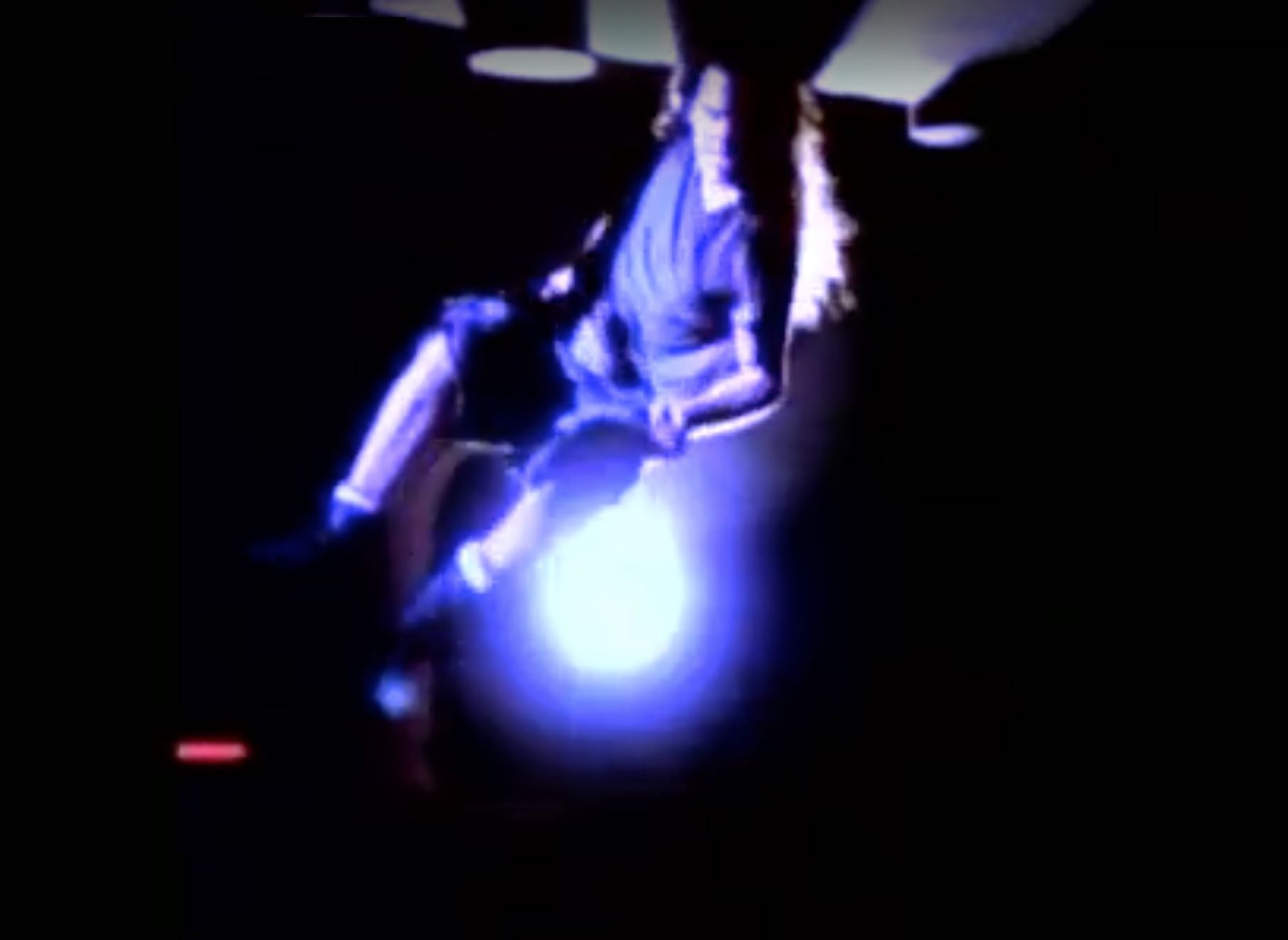 Eddie Vedder was threatening to jump from 15 feet up while the band played on in the background. It looked like suicide to me. Maybe not intentional suicide, but “I’m going to do this and if I die, so be it” suicide.

He stood up there looking down at hundreds of people he’d never met for what seemed like five minutes… and then he jumped.

You can experience an abbreviated version of the night by watching the Even Flow video. This is the concert at which it was filmed. I can make out my friends Chuck and Mike (on stage, shirt over head) in the video but haven’t positively ID’d myself in the sea of bodies.

There is also a full recording of the show available as well as a nice oral history of it from PJ’s sound engineer, Brett Eliason.

After that first night, I can’t say I was instantly in love with grunge music, but I felt instantly enlisted in the movement. A genre of music that was loud, irreverant, dark, depressing at times, and distinctly of my city and my generation. It was the opposite of pop music: it unapologetically repelled most people on first listen.

The slow marination of grunge music on the ears is one of the reasons I was most drawn to Soundgarden. It was the least accessible amongst its peers. Early on, there were no ballads. Just Kim Thayil’s relentless guitar violence and Chris Cornell’s firebreathing screams. If you hadn’t heard it before, it sounded like what you might torture prisoners with.

Over the ensuing years, I went to more Soundgarden, Alice in Chains, Pearl Jam, Nirvana, and Temple of the Dog shows than I can remember. In case you are wondering how Seattle people rank those bands, there is no consensus. While Soundgarden was always my favorite, I cannot defend that opinion with any rigor. Cornell’s voice was the most technically impressive but was it objectively better than Staley’s? Who knows. Soundgarden’s music was the hardest but did it show as much range as Pearl Jam’s? Who knows. These are questions that will be happily debated around campfires in Puget Sound at least until my generation dies out.

One thing I was always convinced of, though, is that what made this whole genre of music so deeply affecting was the discomfort its creators were in. Kurt Cobain endured delibitating stomach aches almost every day of his life. Layne Staley and Andrew Wood battled heroin addiction. Eddie Vedder dropped out of high school and didn’t know who his father was until he was a teenager. And then, as we were reminded last week, Chris Cornell dealt with bouts of depression for most of his life.

When I’ve talked to friends about how much more I enjoy old Soundgarden vs. new Soundgarden and old Pearl Jam vs. new Pearl Jam, I’ve always thought that it’s probably because the band members are no longer the tortured souls they once were. It’s not that they’ve sold out. It’s just that they are singing from a different place now. A place that doesn’t produce the darkness of 1990s grunge. While there may be some truth to that, the fact is that I have also changed. Not only am I a different person than I was back then, but music just affects you less profoundly the older you get.

Nobody ever tells you how important it is to immerse yourself in live music when you’re young. Although it will be there for you in different forms throughout your life, only when you’re young will it peel you open and paint murals that will never wash away. It will shape you at a time when you are most shapeable.

As I try to find peace in the death of Chris Cornell, I think back to some of the others we’ve lost. If I had violent stomach aches every day like Kurt did, I might kill myself too. If I got as deep into mind-altering substances as Layne did, I might have gone off the deep end as well.

But Chris Cornell — with loving wife, three kids, and every octave of his perfect voice intact — seemed to have reached escape velocity from whatever demons he had. It wouldn’t surprise me if his wife is right that anti-anxiety meds led to this, and it also wouldn’t surprise me if any number of other factors contributed, but one thing struck me as I gave Badmotorfinger’s lyrics a read for the first time in many years:

This music is just as dark as it was 25 years ago, and I wonder what effect that has on the person who sings it dutifully for decades.

While music lovers can pop in and out of genres, artists, and songs whenever it suits them, a touring band has no such luxury. Concert-goers want to hear the Soundgarden that they’ve always known, and that Soundgarden is dark.

While we bang our heads to the music, the band pours their lives into it. While we go home full of energy, the band is drained. While we watch a movie tomorrow, the band plays another show. And another. And another. Tomorrow begat tomorrow. It should not shock us that someone whose emotion we loved so much on stage can’t turn it off as easily as you or I hit Next Track.

While we lost one of the best there ever was way too early, it couldn’t be any clearer that he gave us everything he had. Rest in peace, Chris Cornell, and everyone who came before you. 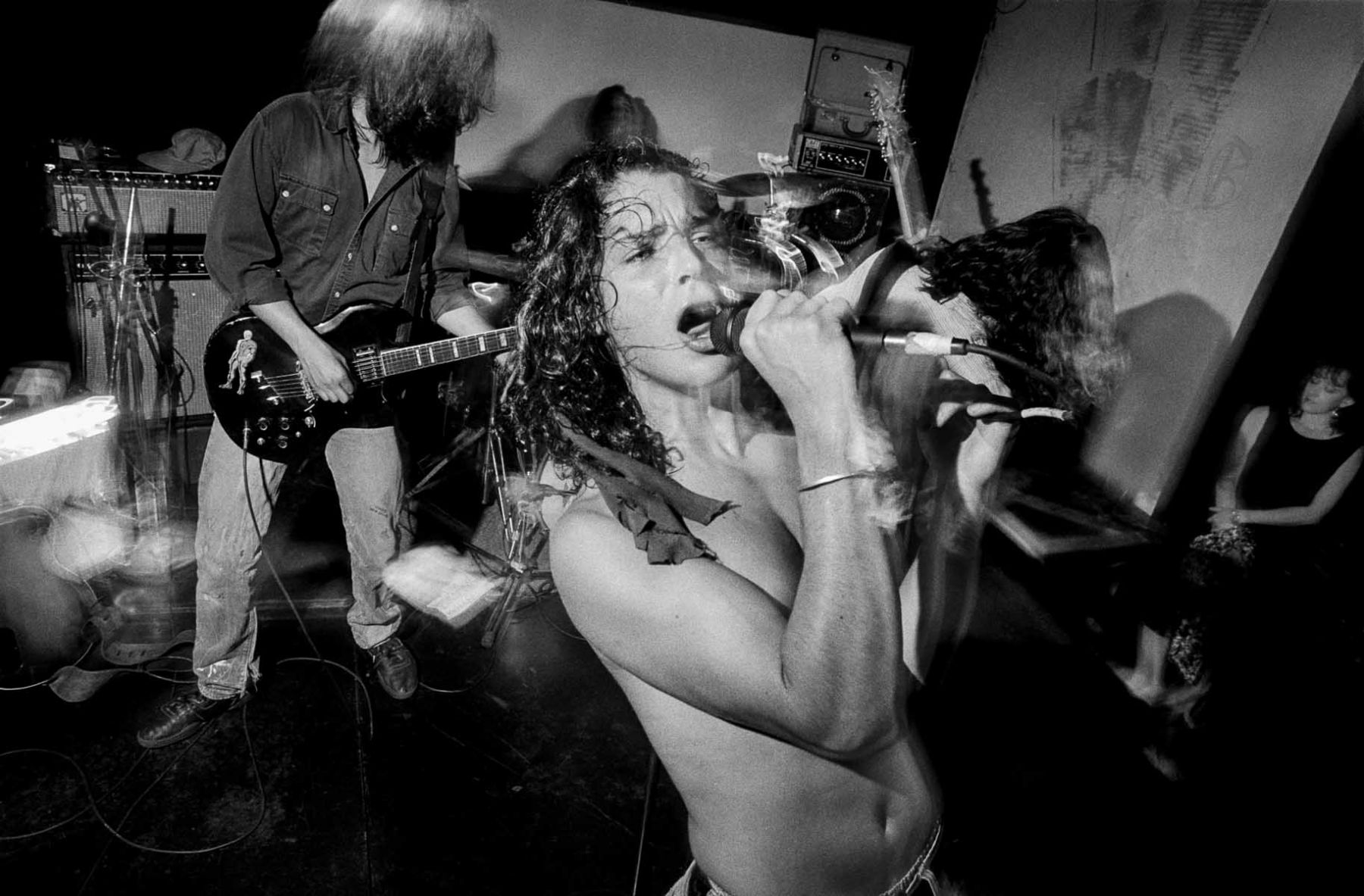 5 comments on “The Harder They Fall”. Leave your own?