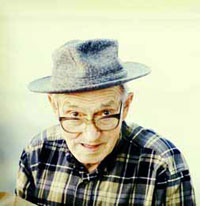 I’ve worn contacts or glasses since I was in high school and have been passively following the laser eye surgery arena ever since. The idea of a permanent solution to my moderate nearsightedness has always been appealing but as I watch new procedures come into fashion every few years, I’ve always told myself that the longer I wait, the safer and better the procedures will be. For instance, can you imagine getting radial kerototomy ten years ago only to find that more modern procedures such as LASIK can give you better vision with fewer side effects? When is the procedure that causes zero side effects and gives you 20/10 vision going to come out? Next year? In 20 years? Who knows.

Although much of it could very well be marketing, it does seem like laser surgery may have reached a point where it’s accurate and safe enough to really be worth it now. They’ve got the procedure down to about 15 seconds per eye, zero pain, and a healing period of less than a week. Additionally (again, could be marketing), they are able to map your eyes much more exactly than ever before, resulting in a much better chance of 20/20 or better vision after surgery.

Following is a list of considerations that I’m personally weighing:

I’m curious to hear if any readers have had refractive eye surgery performed and what their experiences have been like. What specific procedure did you have and what’s your vision like now? Any side effects like halos, floaters, etc?

Or did you decide not to get surgery for a specific reason? I’m looking for both positive and negative information here.

95 comments on “Thinking About LASIK”. Leave your own?