What the Betamax Case Teaches Us About Readability 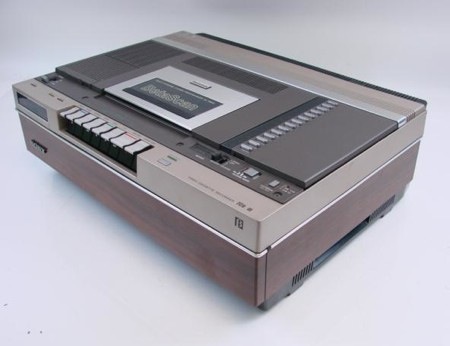 Several really smart people in our industry are arguing very publicly right now about a company called Readability and how great and/or evil their service is. One side thinks what Readability does is wrong, and by extension, that the company’s founders are immoral. The other side says Readability is providing a valuable service, and although they may not have gotten everything right yet, their intent is good.

There are two issues at the center of the controversy:

1. When you save a “cleaned” version of an article (e.g. no ads, homogenized layout) to Readability and then try to share it publicly via Readability’s share tools, the shared link is to the Readability version of the article and not the source. When someone clicks over, they don’t even hit the original content creator’s server.

This seems quite bad to me, and it might even be illegal. By facilitating the public retransmission of an author’s content in a format not authorized by the author, it would seem that Readability is committing copyright violation, en masse. When courts ruled in 1984 that it was ok for someone to make a personal copy of a television broadcast using their VCRs, they did not also rule that people (or VCR companies) could then re-transmit that copy to someone else, without commercials, or however else they saw fit.

This issue seems straightforward to me, and as of this writing, the folks at Readability have apparently changed their tune and decided to do the right thing; although I just downloaded a new Readability Chrome extension and I still see the old behavior.

Update: Rich from Readability tells me that the only reason I’m still seeing this behavior is that I am clicking the link when I’m already signed in to Readability and the item is already in my reading list. I then tested clicking the link from another browser and it indeed went to the original article, albeit framed with a Readability callout on top. I’m fine with this. So, this problem appears to be resolved.

2. Readability collects voluntary fees from its users (suggested amount: $5 per month) and then attempts to redistribute 70% of this revenue back to publishers, providing said publishers have signed up for their service. This is proving controversial because Readability is “collecting fees on behalf of publishers” without their consent, only distributing the fees back to the publishers if they sign up, and deciding themselves what the details of this arrangement are.

I’ve thought about this a bit — as someone who runs a company that also returns revenue back to content creators (90% in our case, with prior consent) — and I think detractors might be looking at this the wrong way. As I see it, Readability has no obligation to return any revenue to publishers. Unless I’m missing something, they are even within their rights to help individual users make offline, ad-free versions of articles for personal use per the same principles in the Betamax case. A VCR allows me to watch a show later, in another context, while skipping the ads, so why shouldn’t Readability allow me to do the same thing?

The anger about the financial side of Readability seems to come from the opinion that the company is “keeping publishers’ money” unless they sign up, but I guess I look at it differently: I don’t think it is the publishers’ money. I think it is Readability’s money. Readability invests the time and resources into developing their service and they are the ones who physically get users to pay a subscription fee. It’s hard to get users to pay for content and they are the ones who are actually doing it. They realize that the popularity of their service is a direct result of content creators’ efforts so they are voluntarily redistributing 70% of it back to publishers in the only way it is feasible to: based on pageviews from publishers who register themselves.

If you are a publisher and you don’t sign up, Readability doesn’t take your money. It’s all accounted for and available to you once you sign up. I’m not even sure if there is an expiration date on this collection, but there should be. If I were Readability, I’d probably put something like a year limit on it such that if it wasn’t claimed within that time period, it would go onto the company’s balance sheet as revenue.

Readability has no universal contract with the publishing industry, nor do they need one; much as the makers of VCRs had no contract with TV or movie studios. When a reader signs up to pay their monthly fee, Readability then has a contract with the reader. That contract does not say “we will use 70% of your fee to pay your favorite publishers”. It says (paraphrased) “we will take your fee, keep 30%, and give the rest of it away to your favorite publishers, as long as they claim it.” The fact that certain publishers may not want to claim this 70% or may take umbrage as to the details of the arrangement does not change the contract between Readability and its customers. It also does not hurt the publisher any more than other competitive services like Instapaper do.

I would feel very differently about this whole case if our fair use laws weren’t as they are today, but courts have told us that “personal archiving” is a legal activity. As such, it’s legal — and perfectly moral — for a company to create a service which makes personal archiving easier whilst charging a monthly fee for it. That Readability sees a future in which personal archiving may hurt publisher revenues and pushes forward an experiment to counteract those effects should be applauded.

Finally, this whole episode is a good reminder that the problems of the publishing industry haven’t gone away just because the world has gone digital. In fact, personal archiving is an example of a way it’s gotten worse. You never needed a “reading layout” with a magazine or a newspaper because they were already optimized for reasonably efficient reading. Now layouts are optimized for “time on site”. You also never needed a separate service to help you “Read Later” a magazine or newspaper because you could, you know, just read it later. As digital publishing continues to try and balance profits with audience satisfaction, you can expect many more debates like this from smart people like Anil, Gruber, and Zeldman. Just as it’s important for us to defend upstarts who fight the status quo, it’s also important to hold them to as high of a standard as we hold ourselves.

34 comments on “What the Betamax Case Teaches Us About Readability”. Leave your own?