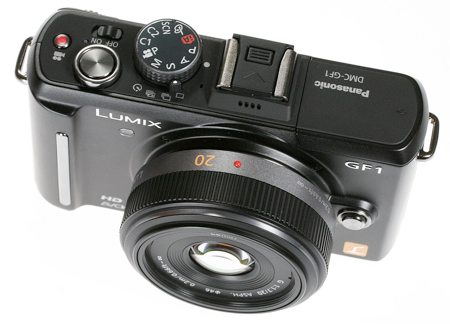 Micro four-thirds cameras aren’t exactly new, but in the three years since their release, they’ve grown incredibly popular. A couple of months ago, I passed the confidence threshold myself and ditched all of my Nikon camera gear in favor of “M43”.

The M43 system, to me, is the prosumer system for the next decade. It essentially eliminates the need for two other genres of camera: the standard APS-C DSLR system (e.g. Nikon D90, Canon 60D) and the compact point-and-shoot. By eliminating the camera’s mirror, micro four-thirds offers near the quality of the former and near the tininess of the latter. If you’re buying a camera today, the three smart choices, in my opinion are:

With the above three options all widely available now, the need for the point-and-shoot and the APS-C stopgaps just isn’t there anymore. With a point-and-shoot, you get bad low-light performance and no lens flexibility, and with an APS-C system, you get unnecessary bulk.

If you’re looking to move to micro four-thirds, here are some considerations to keep in mind:

Whereas Nikon and Canon rule the full sized camera world, the giants are nowhere to be found in M43. The M43 system demands that camera bodies and lenses are interchangeable, even across brands, and Nikon and Canon aren’t used to working this way. In fact, Nikon has just announced a new camera that will compete with M43 cameras, but disappointingly, it will only work with Nikon lenses.

When you are stressing out about what body and what lenses to buy (e.g. Olympus, Panasonic Lumix) just remember that every body works with every lens. You can buy an Olympus body and a Lumix lens if you want. There is no “lock-in” and that’s a key advantage. Right now, Olympus and Panasonic are the only players in the market, but this could expand in the future.

To get my feet wet in M43, I forewent all of the new models and bought a Panasonic Lumix DMC-GF1 on eBay. I got the body, a Lumix 20mm f/1.7 pancake lens, and a Lumix 45-200mm zoom lens for $781 on eBay; all in mint condition. The GF1 appears to be a instant classic in the M43 world, with a lot of people claiming it’s still the most fun-to-shoot M43 camera in the world.

If I was buying a new camera today, it would be the Olympus E-PL3 or E-P3. Both have better low-light performance than the GF1 and both have on-body image stabilization (Panasonic puts their stabilization technology in their lenses instead).

As is the case in the SLR and DSLR worlds, prime lenses will always provide sharper images than zoom lenses. You’re going to want at least one prime in your bag, and I whole-heartedly recommend the aforementioned Panasonic Lumix 20mm f/1.7 pancake lens. It’s only about an inch deep and weighs 3.5 ounces. The key to this lens isn’t just its compactness but it’s maximum aperture. Although it still can’t touch my beloved (and now departed) Nikon 50mm f/1.4 in low light conditions, it will allow you to shoot bright photos in dim conditions without using the flash.

As far as zoom lenses go, there are a lot of them to choose from, but I went with a Lumix 45-200mm in order to match my previous Nikon 18-200mm VR as closely as possible. In my testing, I would say this lens produces almost the same quality images as the Nikon and it weighs a few ounces shy of a pound. The Nikon is about 50% heavier.

I can’t stress enough how much lighter a M43 camera and lens feels when compared to its DSLR counterparts. When people obsess about the weights of different cell phone models, it strikes me as hollow because they are all trivially light, but when you’re talking about M43 vs. DSLR, you’re talking about pounds of weight off of your neck.

Some of the bigger M43 cameras have built-in electronic viewfinders, but the ultra-compact cameras all require you to snap one on if you want one. I haven’t needed one yet, but it’s nice to know they are available if you need them.

As with all cameras, try to pick a model that has the right balance of physical knobs and electronic controls for your taste. The GF1 is skewed more towards physical knobs, which I love, but some may prefer things like touch-screens and soft buttons. If you can’t physically try out a camera’s interface before you buy it, try reading what others think instead. I was originally going to buy a Panasonic Lumix GF3 until I read enough reports from people complaining about how hard it is to hold.

If you aren’t sure you’ll love the jump to M43, buying used is a good option. A little searching and patience on eBay might get you a nice model to get your feet wet while you wait for the next great innovation. For me, the innovation I’m waiting for is better high ISO performance. While my setup is good in low light, it still can’t match a Nikon D80 (or better) with that 50mm Nikon f/1.4 on it. My feeling is that within a year or so, that won’t be true anymore, and since I’m only $300 or so into this GF1 body, I won’t feel bad replacing it when the time is right.

If you’re going to buy new, as I mentioned earlier, I would probably go with the Olympus E-PL3 or E-P3.

15 comments on “Moving to Micro Four-Thirds”. Leave your own?