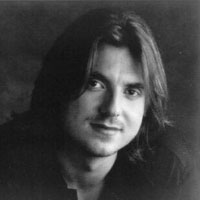 Mitch Hedberg has died. The news is just now percolating across the web and details are tough to find, but this is extremely sad news to all who have ever listened to or met Mitch. Mitch was only 37 years old and the cause of death appears to be a heart attack.

Rather than write an unsolicited eulogy or anything like that, I’ll just say that Mitch was and is my favorite comedian ever, and I’ll leave you with these two clips from his two albums:

495 comments on “Mitch Hedberg – Rest in Peace”. Leave your own?